I wrote this poem 20 years ago while watching coverage of the Chelsea Flower Show and wanted to covey how gardens have changed over the decades. Watching the show recently I thought I would post this poem while the show was being broadcast. 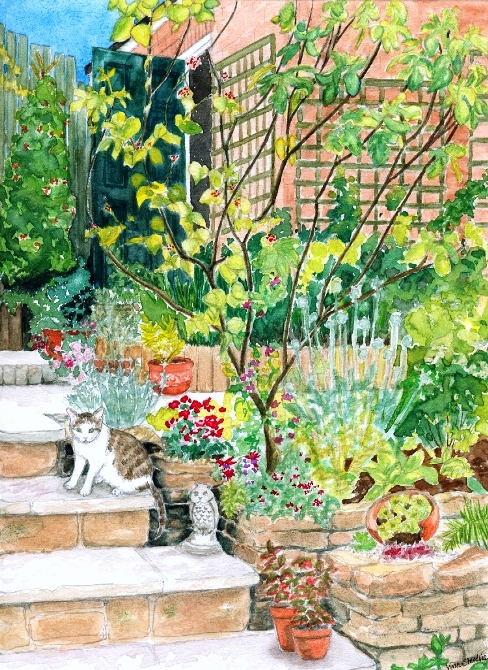 restructured with soil from pond, below.

with shedful of chemical warfare,

as holidays are spent deck-chaired, fenced in.

to slab patios where recliners and parasols,

as summer tries to erupt in Britain.

Our dream garden – a fern-green forest to worship,

emerges in terraces sloping in waves

down to blue, iris-fringed water.

low maintenance, indelible colour and height for all seasons,

to clash with rows of formality

and pop-art sculptures branching out

confusing bees drawn by scent and colour from butterfly border

with avenue of borders overflowing drifts of perennials

and pergola clothed with clinging clematis

beyond stream singing its aria.

through vista to distant wild meadow,

set off by pebbles, palms and Arabian pots hosting trees.

becomes the stargate between house and garden.

beyond which water feature parasols its fountain

while patio heaters, sparking with avenues of light,

to be bought and sold in plots

by the highest bidder.

Against Humanity by Vivi Steels

It is with shock and pain that we are viewing what is happening in Ukraine by the invasion of an independent country by Russia.  The people of the United Kingdom stand with the people of Ukraine.  I am posting this poem called Against Humanity, which I wrote in 1995 about WWII, but which is a very echo of what is happening today.  One man interviewed yesterday, who was ferrying people to the Polish border in his van, could hardly speak for tears as the events of the past eight days reminded him of Auschwitz all those years ago... Again we are talking of war crimes and Putin, and those he controls, being brought to justice for his unpardonable actions of war against innocent men, women and children.

womb of the world

cry for their kind;

The beater, the gas man,

up mountains of silken hair,

over spectacles of barbed wire,

down suitcases of names

against my heaving heart.

I have never left that hell.

I am still there.

I pray for dawn

* Poem dedicated to Simon Wiesenthal, who was a Jewish Austrian Holocaust survivor, Nazi hunter, and writer.

A report from the Royal Botanical Gardens from Kew has said an estimated 140,000, or 39.4%, of plants are under threat of disappearing. This is up 21% from 2016. There are also currently 723 medicinal plants facing extinction. Harebells, along with other Native species such as Chamomile, Juniper, Pennyroyal and wild asparagus are under threat.

Harebells are one of my and my mother's favourite flowers and I painted them for her under my maiden name , Gath, in 1985. It would be awful to think that these beautiful and delicate bell flowers could just disappear from our natural landscape... 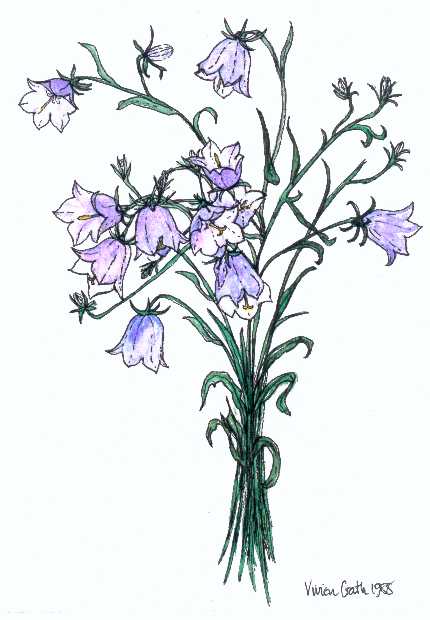 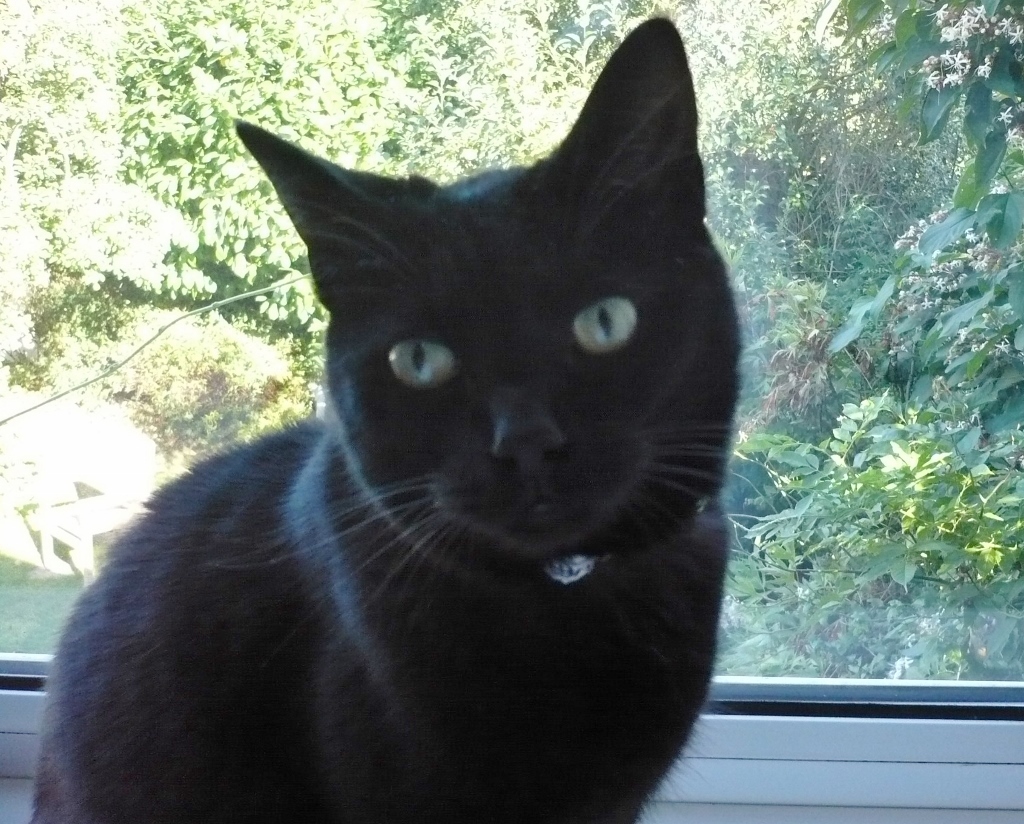 Muffy, our new rescue cat, came to us in August 2020. Still very sad about Teddy, I fostered a cat and after initial doubts, I said "Yes". But within a few minutes of being introduced to Muffy, an all black cat like my first cat, Miffy, I fell in love with her and her super-affectionate ways. She has a way of buffing you with her head and purring. I should have called her Buffy-Muffy...

Muffy does have a skin condition and so has special food for sensitive cats and has had to have steroid injections, but she has gone from strength to strength and her black coat is now lovely and glossy. She is a delight and has been so lovely to have during this last lockdown.

She loves going in and out of the garden, but likes the door to be open so she can get back every few minutes to make sure you're still there. She loves chasing pieces of string with a bow on and loves her tunnel and light-up balls. She has commandeered my computer chair to sleep on for her naps, but always sleeps on our bed on my feet over-night although I know if it is cold, because she creeps up the bed and lies on my abdomen where it is warmer, like a furry hot-water bottle.

Muffy has a beautiful nature and has really come out of herself. I am so sad about Teddy, as I am about all my cats who have passed away, but Muffy has brought lots of joy again.

Sadly, I became very ill in September 2021 when my M.E. and Fibromyalgia flared up very badly.  At the same time, Muffy became very unwell.  She had re-occurring Miliary Dermatitis with very bad diarrhoea and a bad bacterial infection, which a course of oral antibiotics didn't cure.  This time steroids didn't help her skin problem, her special foods weren't working and the anti-diarrhoeal medicines didn't seem to help either.  I became bed-bound and had to make the awful decision of taking her back to to be fostered by a lady attached to the original Cat Rescue. This was devastating to me.  I believe you should look after a pet from when you first have them until the end. I felt I had betrayed Muffy's trust.

I still remember Muffy's extra-loving ways: how she would follow me everywhere, hopping up on a window-sill so she could buff me and purr so loudly, how she would jump up onto the table where my computer was for a cuddle and curl up on the mat, so I had to use my keyboard on my knee and how she slept on my feet every night after playing chase her string round the bedroom.

I have prayed she gets better physically, which she has and also that she does find a very loving home where the owners can deal with her health problems.  She is the most beautiful cat. 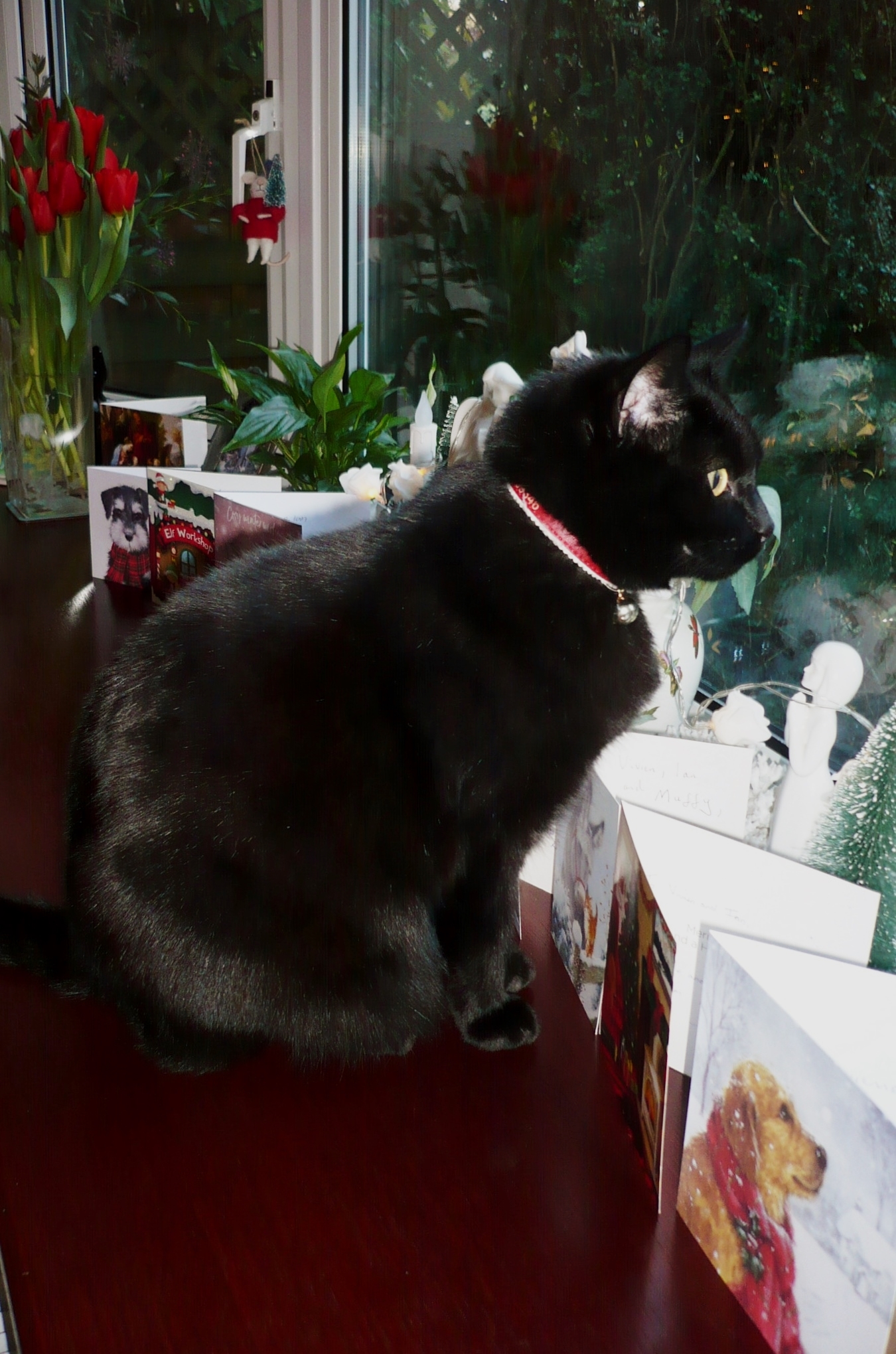 'A little girl named Ferne goes on magical adventures with her best friend, Chocolate, her dark brown cat. The book contains five stories, one for each season of the year plus one for Christmas. On their travels Ferne and Chocolate meet some amazing characters – seagulls who sail a boat, a bad tempered camel, a pair of strange twins who can swim, a screeching bird with multi-coloured feathers, and flying reindeer. These stories are full of descriptions of weird and wonderful places and Ferne brings home some extraordinary memories with her.'

My children's book with my illustrations is published by DayGlo Books Ltd @ http://dayglobooks.users62.interdns.co.uk/product/ferne-and-chocolate-the-roller-coaster-rainbow-other-stories/ . Dayglo Books specialise in books for children, and people of all ages, who have dyslexia. They are printed with the Open Dyslexic Font designed by Abelard Gonzalez, which helps people with dyslexia, but is also fine to be read by people with no reading difficulties. Do go and have a look at the Dayglo Books website @ http://dayglobooks.users62.interdns.co.uk/ .

Prayer for the Magdalene Sisters by Vivi Steels

It is National Poetry Day today and I was watching the news and the awfulness of the Magdalene Laundries in Ireland, where young girls who were pregnant, or just classed as 'flirty' or 'attractive', were incarcerated in buildings where they worked as slave labour and treated harshly for what was perceived as their sins by the Catholic Church.  I wrote this poem in 2004, but wanted to include it here on this special poetry day and also because this has been exposed in the media.

Prayer for the Magdalene Sisters

we, the unconventional & passionate,

by a strait jacket

we talk too much,

and, before we sin,

dirt out of soiled clothes,

some owned by perverted priests

whose vows to love

mask a heart to hate

when we express ourselves

we are condemned as irreligious,

temptresses of the flesh,

of any personal possession,

our rounded bodies are forced

loving them when stamped

let us be ourselves

given to us by God

guilty for being ourselves,

wanted me to come in and play,

round my rubber boots, tugging.

The seals were happy,

exposing tummies to be tickled.

The dog otter, sleek and stream-line,

The wind ran along the edge of skittish clouds,

tweaking and puffing them into fluff.

Seaweed squeaked beneath my boots,

firming itself after the sea’s caress.

“You won’t. I’ll be even colder then.

But I’ll always wait for you,

This is a photograph of me and my lovely older sister, Alison, with our shrimp nets at Bexhill-on-Sea in 1959.

I have been dreaming of going to the seaside during this interminable second lockdown..  The sea and beach has aways held a fascination and lure for me.  The poem is written from a child's viewpoint and although this is called 'Sea Friend', I was knocked down and almost drowned by a large wave when at the seaside at Bexhill-on-Sea when I was about seven and that same summer my dear friend Diane was drowned and about which I wrote the poem, 'The Same Sea'.

I entered this poem 'Sea Friend' to The Harry Edwards Healing Sanctuary Poetry Competition and was pleased to find in their magazine 'The Healer'- Spring 2021 that it was highly commended and I had won a £10 M&S Voucher!!!

Love is putting your best friend to sleep

to end his suffering,

knowing that your suffering

is only just beginning... 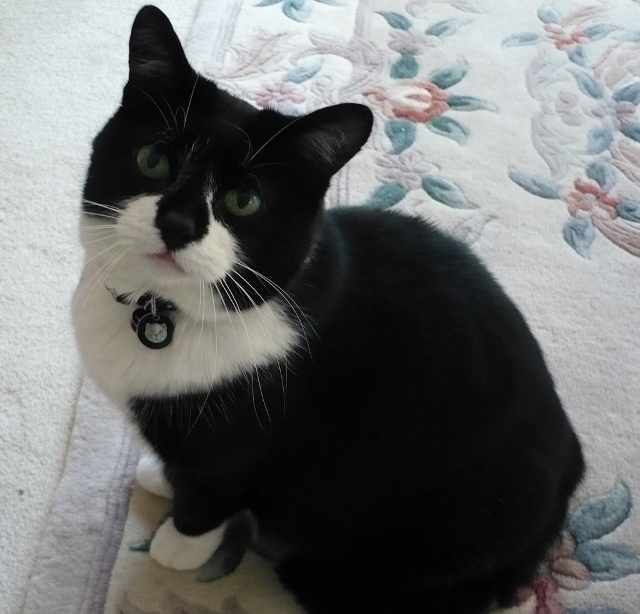 Don't Leave Me by Vivi Steels

So this is the reason I am here –

this is what they do.

He was kind to me.

He examined my back legs.

I cried and tried to tell him.

She was holding me

and stroking my face,

tears dripping down onto my fur

in my beloved garden.

She signed a piece of white rustly paper,

then he gave me an injection.

I began to feel warm and fuzzy.

The pain in my legs began to recede.

She kept stroking me

and talking to me

but the only words I heard were

and I don’t want to be without you.”

So this is what they do.

She bent over me and whispered.

I didn’t feel the second injection much,

but my beloved garden appeared,

She was standing by my wooden bench

cuddling me in her arms

and I knew she’d never leave me…

How Wisdom Comes by Vivi Steels 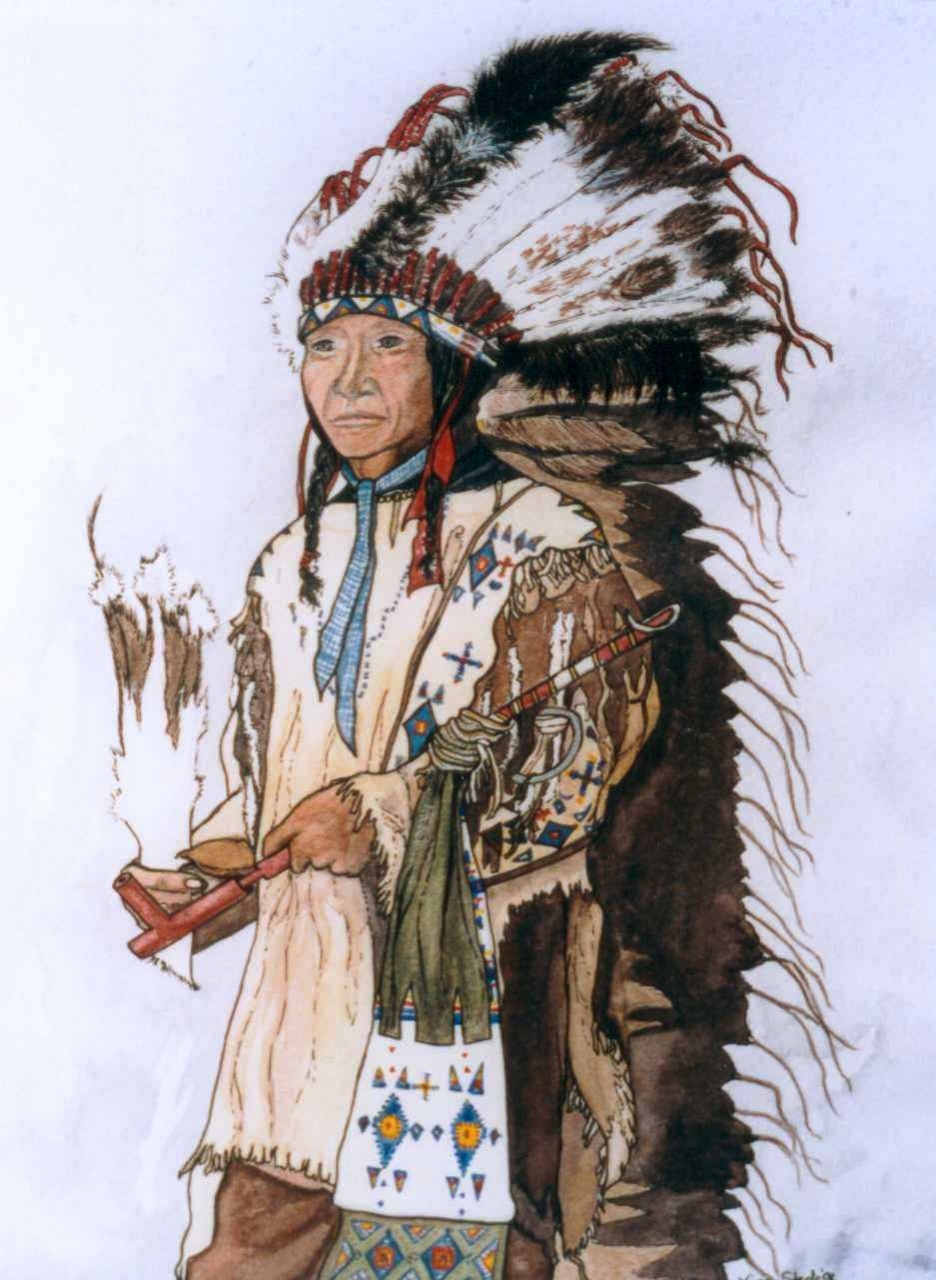 to the Great Spirit breathing through

Wind, rain and stars are the Bible

Peace Pipe, the weapon to war

for a path run closer to God.

rises to mists of clouds

immersed in gift of wisdom

walking amongst the Grandfathers

he talks with God.

into tired eyes and ears

from clouds of dew,

while spume of dark rivers

press your hands with softness of foam.

Honey-sweet drips onto your lips

as you sacrifice wakefulness,